Why Are the U.S. Hospitals So Concerned about Price Increase for Meds?

In the United States, the high cost of prescription drugs is of great concern among patients, doctors, suppliers and politicians. In 2016, a study was conducted to compare prices for 30 innovative drugs at the time of registration in a number of European countries and the USA. Prices for the same drugs turned out to be the highest in the United States an average of 66% in comparison with the EU pharmaceutical markets.  The US drug cost per person ratio demonstrates its global leadership – $1162 per person versus European countries (Switzerland $981 per person), followed by Germany, Ireland, Belgium, France (with average result $553,2 per person).

Between 2014 and 2017, net prescription expenses on medications increased by about 20% in the United States with a total increase in total health spending by 11%. Since Medicare in 2006, government agencies paid an average of 40% of the costs of the total cost of prescription drugs. Undoubtedly, some expensive drugs constitute major clinical advances, but there is a large part of medicines, the prices of which are difficult to justify as cost-effective in terms of contributions to the patient care. 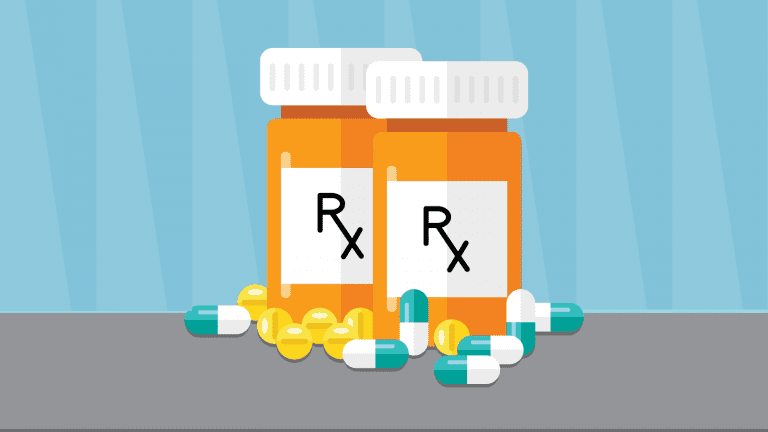 In addition to the negative contribution to health spending, high prices may lead to an independent reduction in patients during treatment, as well as the refusal of some patients from treatment. So, for example, in 2017, 19% of patients over 65 were not able to pay for medicines that were previously prescribed by doctors. If you consider third of this indicator in European countries, in the UK, Germany, Norway and France, there are no more than 4% of such patients. In light of the foregoing, a study of the reasons for the high price level in the United States and affordable government measures to address them becomes an extremely relevant topic.

Why Does the Price Grow?

The main reason for the increase in drug pricing is the high cost of original drugs. Although this group of drugs account for only 10% of all issued prescriptions, their share in the cost is 72% of expenses. Between 2008 and 2015, prices for the most commonly used original drugs have increased. They increased by 165% many times exceeding the consumer price index (12%). The cost of drugs in the United States is higher than in the rest industrialized countries, because unlike most countries the state allows manufacturers to set their price as opposed to the experience of European countries, such as Germany, France, Great Britain where the national health insurance system is built with the delegation of a responsible organization of the right to negotiate a price depending on the level of cost-effectiveness of drugs. New drugs undergo a rigorous evaluation by profiles of effective safety and comparison with existing treatments. If a new drug does not have a significant additional benefit responsiveness or security, its value cannot be higher than the one of the analogues. Thus, European countries control the price formation of drugs reimbursed by the insurance system and optimize health care costs.

The ability of pharmaceutical companies to maintain high prices is formed by two factors: increased protection against competition by the state and limitation of bargaining power. The most important factor that allows manufacturers to establish high price levels is a long-term patent protection.

New branded drugs automatically receive a guaranteed period of 5 to 7 years before other manufacturers will be able to launch generics on the market, and new biological drugs are protected from competition for 12 years. There is also another type of exclusive license that entitles

to protect inventions from competition for 20 years or longer. It acts to gains that are innovative, useful, and unobvious. Despite existing regulatory restrictions on validity patents, their actual term is much longer. Companies are entitled for patent extension: when considering a long examination period of a drug as the part of registration – up to 5 years, taking into account half the time for clinical trials – up to 14 years. As a result, the average term of the actual exclusivity is 12,5 years for commonly used drugs and 14,5 years for innovative, first-in-class drugs.

In addition to extending patents, manufacturers also often apply to practice patenting slightly improved versions of preparations the patent of which is about to expire. This gives them the ability to seamlessly transit from one drug to another avoiding sales failures due to expiring exclusiveness. For these purposes, an active, and sometimes aggressive, advertising campaign is conducted to justify uniqueness and its important new qualities. Even if the changes were essentially minor.

This practice is possible only because of the second important factor in the U.S. drug supply system: the roles of patients, pharmacists, doctors and payers are completely separate. Doctors prescribe focusing on their own experience and advertising promises of companies, rather than on the cost of therapy, pharmacists sell them, and patients or their insurers pay. The only form of competition that is consistent and substantial and is capable of lowering selling prices for drugs is entering generics in the market after patent expiration. In some states, generics can replace 90% of the original drugs within the first year after their release.

Role of Insurance and Generics in the US Market

Solution depends on the state, as 30 states have drug selection laws that allow but not oblige pharmacists to perform general replacement. In 26 states, pharmacists must obtain patient consent before replacing with a drug similar in active substance. If refer to average statistics, drug prices are reduced to about 56% from the cost of the original drug in the event of the appearance of two generics; up to 32% – with five producers and up to 13% – with fifteen producers.

In 2016, the share of generics in the US was 85% in packages and 29% in monetary terms. But as previously noted, the launch of generics is hardly delayed by originator companies by granting patent renewal mechanisms and sometimes additional payments to generic companies for delayed or canceled launch. In addition to the characteristics of competition in the prescription drug market, one should note the role of public and private payers in development of high drug prices.

In the period of patent protection of original drugs, the main payee is the payoff weight. Medicare covers about 39,5 million adults, mostly aged 65 and older, covering the costs of inpatient treatment and outpatient one. Medicaid is a federal and statewide medical program insurance for low-income people. Meanwhile, private insurance companies cover expenses for 177 million people, and more than 28 million people do not have neither public nor private drug insurance.

Some features of the American market limit the possibilities for public and private payers to reduce drug prices. So, for example, in case of Medicare, federal law does not allow a patient to use his or her significant purchasing power for lower drug prices while demanding as much broad coverage of expenses as possible.

Congress included statutory provision prohibiting Medicare & Medicaid Services to engage in medication price negotiations or intervene in negotiations between individual suppliers of certain categories of drugs and pharmaceutical companies. Similarly, a statewide program, Medicaid, is required to cover all approved drugs by law, even in case when a particular drug has alternatives that have a safer and more efficient profile or lower cost. However, Medicaid is also entitled to a discount of at least 23 % of the manufacturer’s nominal price of the drug and is protected against price increases above inflation.

If we consider only innovative developments representing a radical or significant innovation, this proportion is significantly below. Moreover, government programs often provide significant financial support for research community centers when it comes to major discoveries and developments. Undoubtedly, companies should be rewarded for innovative drugs to have further incentives for development. In recent years, co-payments for patients have also been introduced, therefore even in the case of insurance coverage there is a need for personal expenses for expensive drugs. Due to the high cost assigned therapy and the inability to replace with alternatives a large proportion of patients tends to violate the regimen of reception, reducing dosage and frequency of administration or refuse treatment altogether. And this inevitably leads to subsequent increased medical costs and expenses on health care by the state and insurers.

Measures to Be Applied

According to the results of the study, the possible measures regard limiting the establishment of high prices on drugs under the central government and headquarters. Some of them, despite significant differences in state systems management and in general government can be universal for younger pharmaceutical markets. At the federal level, the following measures are possible:

At the state level, the following measures can be applied:

Health organizations may be advised: